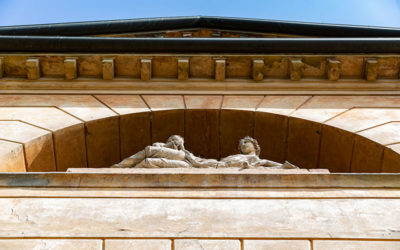 The history of the Villa is not completely known. Roman remains were found on the site. Owned by Countess Matilda of Canossa until 1080, over the centuries it has passed through many hands.
For a long time the building was used as a fortress castle. In 1402 it housed the Bishop of Parma who gave it the name of La Palazzina (hence the name “Azienda Agricola La Palazzina“). In 1450 it passed under the ownership of the Torello family through the marriage of Marsiglio Torello to Paola, daughter of Francesco secco d’Aragona and Caterina di Gonzaga, the previous owner. The Torello family owned it until 1841 when, following the marriage of the daughter of the last of the Torellos to the Marquis Francesco Malaspina, it passed into the hands of the latter family.
In the early 20th century, always through the female line, with the marriage between the nephew of Francesco Malaspina and Marco Guarienti (grandfather of the present Count), the property was inherited by the Guarienti family who continue to look after it with great care and who have brought the park, damaged during the Second World War, back to its former glory.
In 1764, Guido Torello commissioned its renovation, attributed to the architect Domenico Marchelli, who transformed it according to neoclassical stylistic canons and made it what it is today.
The building consists of two rectangular sections joined together perpendicularly to form an L.
On the north side, the colonnade is surmounted by the great coat of arms of the Torello family and the gable.
On the opposite facade there is a gabled core, with mock ashlar work, complete with Diocletian window and two niches with statues, set on a terrace supported by four columns.
Outside the villa is a chapel, built in 1682 by Adriano Torello. This precious building, rich in elegant stucco work and covered with refined marble plaster, is embellished by an altarpiece, the work of Alfonso Chierici, depicting “Madonna and Child between St. Francis and the Blessed Torello“, an emblematic masterpiece of Purism.
In the years immediately after the Second World War, Villa Malaspina also witnessed the genius of Antonio Ligabue. He lived in the annexe for a long time and there created many of his tormented naive works. 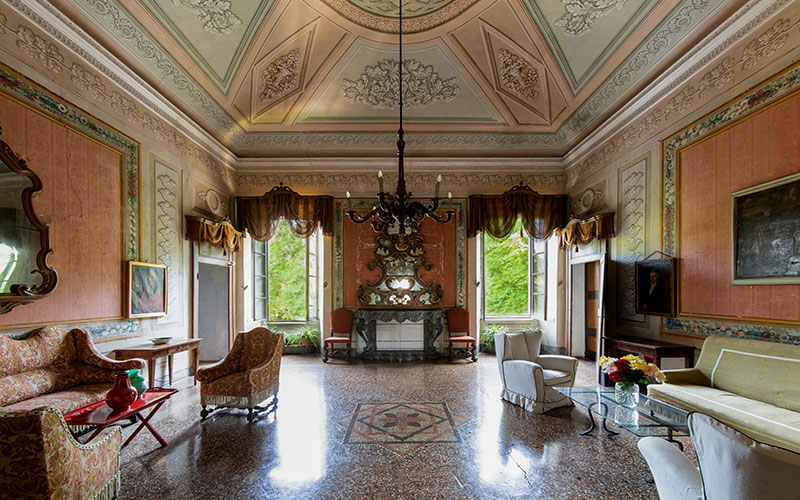 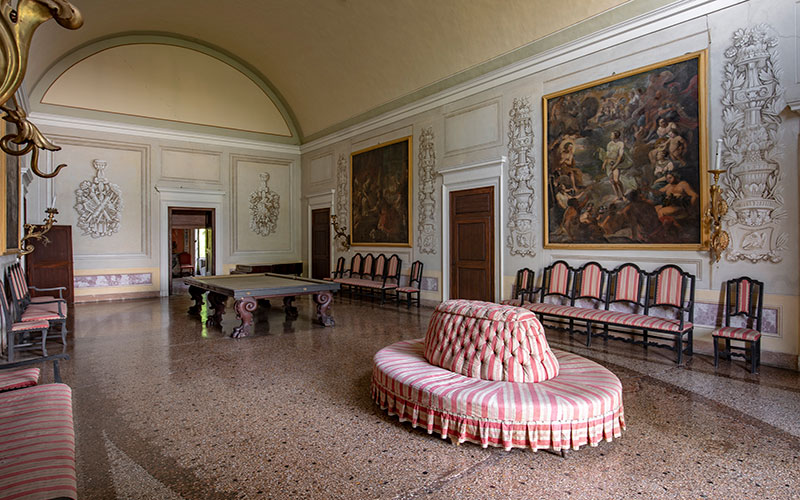 Considered the most refined achievement of the architect Pietro Marchelli in the creation of an English garden, the park stands out in terms of features such as the lake, the grotto and the mound, typical of the romantic concept, which called for a garden, albeit meticulously designed, with strong natural features.
Marchelli also decided to keep some parts of the previous Italian layout such as the statues, placed in a semicircle, the double flight of steps, with the grotto below and the flowerbeds.
Of particular value is the enormous underground icebox, still perfectly preserved, placed in front of the entrance of the Villa hidden by a flowerbed of roses.
Marchelli also built the greenhouses, now called lemon houses. Consisting of a long architrave portico, with openings marked by classic semi-columns and surmounted by rectangular windows. Even today, these continue to be considered among the most outstanding examples of interior design in the Reggio Emilia area. 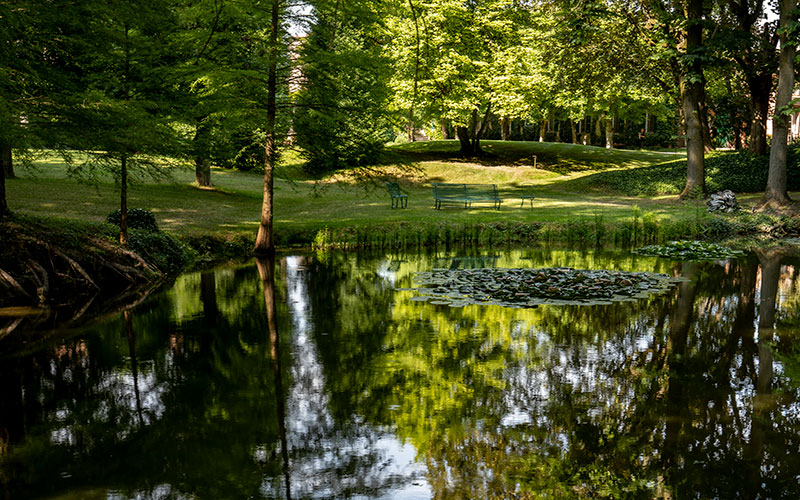 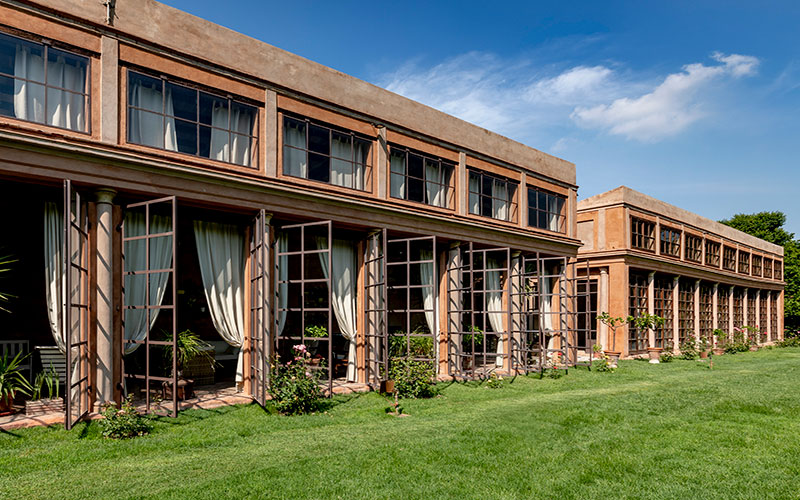 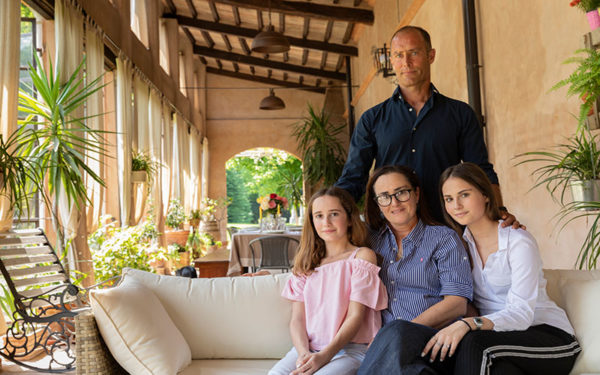 The documented history of the Counts Guarienti dates back to the XIII century, when Guglielmo Guarienti, a man of arms, decided to settle in Verona to trade. Over the centuries the family distinguished itself in the economic, financial and political fields by dealing with the Medici, financing Popes, building relations with kings and emperors.

Many members of the family also distinguished themselves in cultural fields as artists, poets, architects, painters and sculptors.

To come to more recent times, we find the same qualities in the Guarienti family; for example, Carla Guarienti, who in the ’40s, when the emancipation of women was still far off, graduated in nuclear physics to follow her vocation, taking her vows as a little sister of Jesus, to devote herself to the poor and most underprivileged in Eastern Europe.

Humanity is a distinctive trait that also stands out in Francesco Guarienti, father of the present Count Marco Guarienti Torello. Francesco, when only 17, became a partisan, freeing Sandro Pertini who was imprisoned in Milan by the Nazis. Pertini never forgot his liberator, even when he became President of Italy.

Francesco cultivated his generous nature by graduating in medicine. Although he became a famous luminary, he never stopped opening his surgery in Gualtieri to the needy, completely free of charge, and for this was granted honorary citizenship.

Francesco also had another great passion – his lands on the banks of the Po and agriculture. A love which he passed down to his son Marco, who began accompanying him to the fields as a child. When he grew up, Marco decided to study agriculture and devote himself completely to the cultivation of these fertile lands.

A story of passion and humanity.

Today, Villa Malaspina and its park are cared for by Countess Myra Guarienti, Marco’s mother, who takes care of the interior of the Villa and of the flowers and plants in the Park, so that their ancient splendour continues unspoiled.

Countess Beatrice Guarienti, Marco’s wife and impeccable hostess, offers the beauty of the Villa and its scenic park as a setting for weddings, events or as a location for commercials and films.

A breathtaking setting, the discreet and elegant hospitality of the Counts Guarienti, the surroundings rich in beauty, history and nature, make Villa Malaspina the ideal place for memorable moments.

For information on the Villa’s activities: villamalaspina@conteguarienti.com 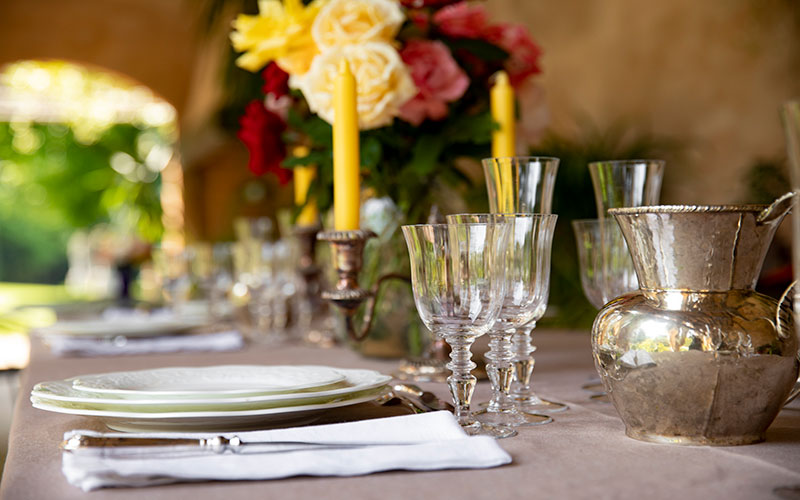 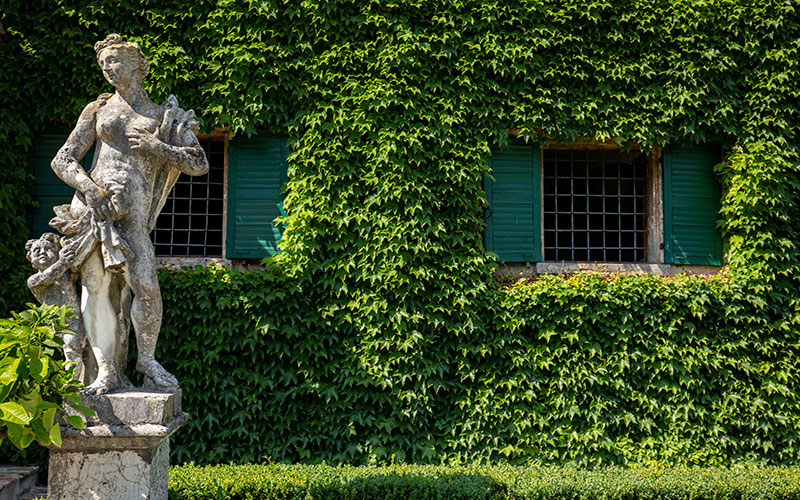